The Gettysburg Address- A History Lesson 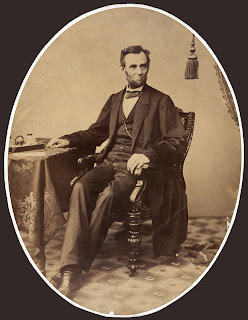 Abraham Lincoln is my favorite president. I love The Gettysburg Address.  I know it by heart and I was very excited about the 150th Anniversary of the delivery of that great speech. Instead, I became so angry over all the rumors and lies,the hateful posts and one particular You Tube video that went viral.  I needed to pursue the truth and separate FACT from FAULT-FINDING FICTION. Because that's what I do...........

Yesterday, I spent a few hours studying the history of The Gettysburg Address. Here's what I learned:

There are FIVE manuscript copies of The Gettysburg Address. Two of those manuscripts: THE NICOLAY and THE HAY manuscripts are in our Library of Congress. Contrary to popular belief, Lincoln did not deliver the Gettysburg Address "off the cuff" or without preparation. The NICOLAY manuscript was President Lincoln's first draft of The Gettysburg Address. THE HAY copy is Lincoln's 2nd draft and believed to be the one used at Gettysburg. You might be VERY surprised to learn there is NO mention of God in either one of those copies. The EVERETT, The BANCROFT and The BLISS manuscripts contain the words: "...this nation, under GOD". Those three manuscripts were written by Lincoln for charitable purposes long after Nov. 19, 1863. The BLISS manuscript is the FIFTH and final copy of the address. It was written for Col. Alexander Bliss and delivered by Col. Bliss (not Lincoln) at a fund-raiser for soldiers. The BLISS manuscript is the copy that is most often reprinted today and the one with which we are most familiar.

All that brings me to this: the outrage over President Obama omitting the phrase "UNDER GOD" as he read The Gettysburg Address in this video. In case you missed it:

Here are the facts behind this video that has Conservatives and Christians going crazy right now!  In order to commemorate the 150th Anniversary of The Gettysburg Address, documentary film maker, Ken Burns, started a campaign to encourage everyone across the country to study and learn it.  He enlisted celebrities, officials, former presidents, and Obama in this campaign and asked each to read the different copies of The Gettysburg Address on camera. Those videos will be included in Burns' documentary on The Gettysburg Address set to air on PBS in April, 2014.  President Obama was ASKED to read a particular copy of the Address. Guess which one? THE NICOLAY as written by Abraham Lincoln. His first draft of the famous speech given at Gettysburg!

Still don't get it? I will lay it out for you - nice and simple. Truth: The video of Obama delivering The Gettysburg Address does not include God in it. The rumors being spread of how Obama hates God so much that he chose to OMIT God's name completely from the speech are nothing more than twisted lies by the media, Conservatives and certain Christian groups looking to promote their own agenda and hate campaigns. Those words were never uttered by Lincoln at Gettysburg because they were not written in his Address at the time!

Sorry guys!  You are wrong.  In my opinion, most of you don't give a darn about The Gettysburg Address or whether God was included in it or not.  If you did care, you would not have dishonored the 150th Anniversary of one of the most inspirational speeches ever given by the greatest President in the history of our great country by turning it a free- for- all filled with hatred and false accusations toward our current Commander in Chief. As far as I am concerned, that is simply un-American!

Posted by Cynthia at 1:12 AM No comments: 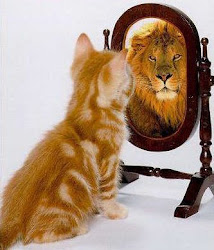 How do you see yourself? 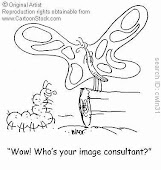 Transform from the Inside Out

Sometimes we do snack at night...